On Thursday 14th June 2018, the tenant of a top floor flat in a high rise tower block was awoken by the sound of her smoke alarm. Having made her way towards the lounge and kitchen and through the glass screen she saw the lounge was thick with acrid black smoke. The tenant was able to safely exit the flat where she was met by the concierge, who attended on activation of the alarm. Whilst the tenant was led to safety, the concierge had the sense to close the flat door.

The Fire Service had been alerted and within a few minutes no fewer than ten crews were in attendance assisted by Police and Paramedics. The Fire Service decided to evacuate the entire building whilst fire fighting operations were undertaken. At the end of operations, eight tenants were taken to hospital for smoke inhalation but all were all discharged after medical examination. An accurate testament to the speed of response from the emergency services

The High Rise block had exterior cladding (non-combustible) however, a significant factor in avoiding casualties and restricting the spread of the fire were the doors fitted by the housing association as part of their ongoing maintenance regime. The door to the flat and the landing fire doors withstood the fire and the intumescent door strips stopped smoke spreading to other areas of the building. Beyond the flat where the fire started and the landing, there was no evidence there had been a fire at all, not even in the adjoining flats. Again, a true testament to the investment and maintenance of the building by the Housing Association.

Immediately on being made aware of the fire, the housing association implemented their disaster recovery plan. This involved informing Bruce Stevenson Insurance Brokers ,who immediately notified the claim to the associations’ insurer, Avid Insurance. Bruce Stevenson subsequently appointed QuestGates Loss Adjusters who were on site within hours of first notification of loss. As the Fire Service were undertaking their initial investigations the adjuster was not able to access the damaged units but was able to agree actions with the housing association to proceed with electrical safety tests, ordering replacement fire doors, agree alternative accommodation arrangements and the like to ensure the tenants of the undamaged flats were able to return to their homes as swiftly as possible.

The housing association’s disaster recovery plan proved to be robust and effective, with a dedicated member of staff and senior management liaising with tenants from a desk set up in the building foyer. Staff were visible and provided much needed support, advice empathy and professionalism. The Fire Service retained control of the block until the association had completed electrical safety tests in every flat. Using the association’s electricians, joiners and labour they set about testing 75 flats in the block. The housing association, with assistance from Glasgow City Council, appointed electricians from multiple firms around Glasgow working long hours to complete the safety tests. Approximately 24 hours following discovery of the fire, the building was deemed safe enough for the tenants in the undamaged flats to return home.

The loss adjuster agreed with the housing association that the tenants on the top floor could not return home at this time due to the smoke damage in the corridor. A further plan was agreed that the housing association could employ a specialist disaster recovery firm to decontaminate the soot logged corridor and the association’s own decorators were employed over the weekend to return the corridor to a serviceable condition.

This still left an issue with no effective fire doors serving the corridor, however, as part of the association’s ongoing maintenance regime, new fire doors had just been made for an identical block in the development. These doors were re-diverted to the fire affected block.

Within 5 days (including the weekend) the vast majority of tenants were moved back into the building. A number of flats on the floor below the fire affected floor had water damage. These flats were inspected by the loss adjuster and the association, repair specifications were agreed and the association’s own building division completed these repairs once the flats had been dried out.

Following a number of high profile fires in heavily populated cities such as Glasgow, there is, perhaps understandably, a negative perception of high rise flats in the UK often driven by media coverage. At Bruce Stevenson, we hope that some confidence can be restored by highlighting the long term investment in the building by a responsible Social Landlord that puts the interest protection of tenants’ lives first. Decisions that the association made years before the fire ensured that the building responded as the Fire Brigade expected. The association’s disaster recovery plan and the co-operative working between the association, broker, insurer and loss adjuster to bring about a positive result for the benefit of tenants in just a few days.

Sometimes fires are unavoidable accidents, but the response to dealing with them must always be planned meticulously in advance to minimise the threat to both human life, living spaces and personal property. 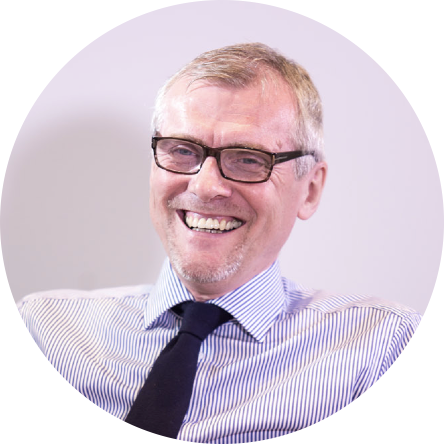 "Our experience with Bruce Stevenson has been very good. The knowledge, experience and professionalism of their staff is excellent and their advice is clear, concise and easy to understand."