How far does your pledge go?

How seriously does Bruce Stevenson Insurance Brokers take their pledge to the Armed Forces Covenant? Just ask one of Bruce Stevenson’s directors, Andrew Adam. A civilian with no military experience who recently returned from Ex. Hairspring – the Royal Marine Reserve’s cold weather training exercise – in Norway.

Having recently sanctioned Bruce Stevenson’s signing of the Armed Forces Covenant, Andrew wanted to show his personal commitment and accepted an offer to be part of a small civilian contingent arranged by the Lowland Reserve Forces & Cadets Association (RFCA). Andrew got to see firsthand the training undertaken by the Royal Marine Reserve in some of the harshest conditions on the planet.

Anyone in the Military will be familiar with ‘Ice Breakers’. Andrew Adam’s experience was a bit more literal. Fortunately for us, he kept a journal of his time there.....

AA: “Frostbite is the enemy! We are off into the field to visit the Marine Reserves. They are on survival training including an ice bath in -17°C water. According to one of them, it’s not as bad as it sounds as the air temp is -16°C. It’s just drying off that’s the issue (apparently)!”

Even the trip there wasn’t without its challenges. Poor visibility at the airport and restricted runways meant the team faced severe delays and cost them their connecting flight. At one point, it looked as though the contingent wouldn’t make the exercise at all. Never one to back down from the challenge, Hugh Devlin – Regional Employer Engagement Director for Lowland RFCA – managed to arrange a flight to Tromso then transported the team to the site by bus. Shortly after arriving, the team was briefed on safety and issued a kit before venturing out the next day.

AA: “We are off watching them (The Royal Marine Reserve) build their shelters for the night with no sleeping bag and only a small fire to keep them warm. Now I feel lucky just to be in a tent! Dinner tonight is a barbecue under the stars then we are off for a stroll in our snowshoes see the Northern Lights".

AA: “Sadly, we were out of luck and didn’t see the Northern Lights. but let’s see what tomorrow brings. Apparently -20°C so a little chilly, perhaps”

Day 3 was particularly challenging as temperatures plummeted below -20°C.

AA: “The coldest night I have ever experienced. Not a lot of sleep under the canvas which got to under -25°C at least. I can’t help but feel sorry for the Marines sleeping in their self-built shelters. Apparently, they were given their sleeping bags due to the severity of the conditions. Even then how did they manage?”

Nonetheless, under the expert guidance of the training staff, the team pulled through and was rewarded the next day with a hot breakfast then return to base for a shower and coffee before being given a chance to watch Merlin MK3s practicing load deliveries to the troops.

AA: “I cannot believe the actual size of the Merlin we saw practicing load delivery to troops. We got to sit in the cockpit and chat to the pilot about the training etc. Things are very different operating in the cold climate conditions it appears a steep learning curve very much for pilots and ground crew”

The final day saw the team get to share a few beers (and a few stories) with the training staff.

AA: “We have to be up at 0445 to travel home and it’s blowing a blizzard outside. My thoughts are with the Marines who are back in their shelters for a second night. Hope they withstand the weather. What a training stint for them and an incredible performance”

Andrew wanted to get as much out of his trip as possible so set up a Just Giving page to raise money for Bruce Stevenson’s ‘Charity of Choice’ Erskine’s Veterans Care Home. To date, he has raised an impressive £1,000.00.

AA: “It’s our ambition to become the ‘Broker of Choice’ to the Armed Forces including veteran-owned businesses. I hold the very firm belief that the best way to achieve this is by demonstrating our own commitment both as individuals and as a company".

To us, the physical signing of the covenant was phase one. The real work is evidencing to the service and veteran’s community that our affiliation with the armed forces runs right to the very heart of our company and I can’t think of a better way to accomplish this than by having one of our own (civilian) directors take part in such an exercise. We hope we can pave the way for other companies to see the covenant not as a compromise or a charitable gesture but rather as a platform to promote brand values.

Prior to my appointment at Bruce Stevenson, my civilian and military careers simply coexisted – always running parallel to one another but never really touching. Thanks to the flexibility and support shown to me by Bruce Stevenson, we’ve shown that military and civilian careers don’t need to merely coexist, they can complement each other considerably. 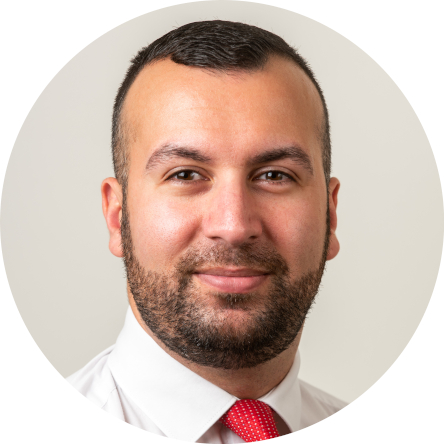