At the time of writing it's just a little over a couple of months ago since the whole of Scotland ‘Boogie Woogied’ all night long after David Marshall dived to his left to send Scotland to her first major football tournament in 23 years. The team lifted the entire nation just when we all needed something to smile about and you can be sure a dram or two of the finest Scotch was raised in celebration.

Covid-19 has had a devastating impact on our lives and we could do with more of the relief and pride our boys brought the nation. No industry has been left untouched by Covid-19 and the Scotch whisky industry has been heavily impacted. The sector is still suffering from the effect of US tariffs and has the current challenges of Brexit to contend with. The full impact of Covid-19 is yet to be understood and no one yet knows what the picture will look like for tourism and travel as we emerge from the pandemic.

Many economists believe the national recovery will be rapid. In the manner of recovery that followed the first and second world wars, rather than what followed the financial crashes of 1929 and 2008. China, for example, has largely contained the virus and has a growing economy again. The UK economy expanded at its fastest pace on record in the third quarter of 2020, although output was still well below pre-pandemic levels and was 9.7 per cent smaller than in the final three months of 2019.

However, despite all these challenges the Scotch Whisky industry remains resilient and will no doubt emerge victoriously and turn the corner just like our heroes in Serbia.

The industry shows no sign of slowing down and exciting developments on the horizon will hopefully allow the industry to assist a rapid recovery. We have the opening of the refurbished Glenkinchie Distillery in East Lothian and Clynelish Distillery near Brora to look forward to, as well as the much-anticipated reopening of Port Ellen Distillery, following a £35 million investment from owners Diageo.

Stirling will soon have its own distillery following the recent announcement of the exciting Wolfcraig Distillery.

Looking ahead, Wolfcraig’s close neighbour, The Falkirk Distillery has now laid the first stone on its road to producing its first Lowland malt.

The distillers are using two ex-stills and a 4.5-tonne copper mash tun from the closed Caperdonich Distillery.

The foundations have recently been laid for The Port of Leith Distillery in Edinburgh, Scotland’s first vertical distillery to open in 2022, creating 50 jobs.

Also in construction is The Cairn Distillery in the Cairngorms. Built by Gordon & MacPhail and scheduled to open in Spring 2022 the distillery will include a visitor centre, retail space, tasting rooms and a coffee shop.

This year saw the first releases of some of younger distilleries such as AD/09.20:01 from the Ardnamurchan Distillery. The first legal Isle of Raasay Single Malt hit our shelves at the end of the year followed closely by the Lindores Abbey Distillery and GlenWyvis in 2021.

Ainnir, the maiden bottling from the Nc’Nean Distillery, saw the first bottle sold for a world record of £41,004!

Wow. What an incredible week with @whiskyauctioneer. £92,500 raised for our 5 charities, and a new world record for price paid for a 1st release from a new distillery. Bottle #1 went for £41k, four x the previous record! A really special thanks to all who contributed. Annabel x pic.twitter.com/9m6fL8cmL9

While 2020 was a terrible year, let’s take inspiration from Scotland’s historic performance and as the national economy slowly emerges from this pandemic, let’s hope it’s also with a newfound sense of optimism.

As the ‘Broker of Choice’ to the Scotch Whisky industry, Bruce Stevenson will continue to give it our full support. You can learn more about our work in the industry here. 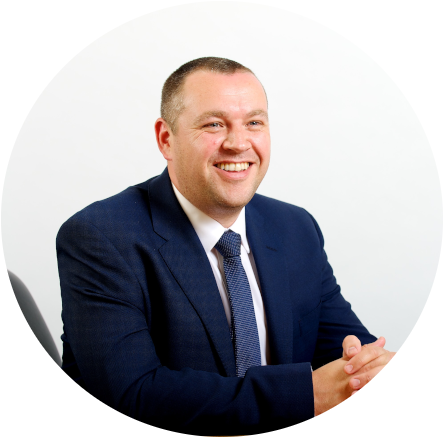 Arbikie - Craftsmen of the Soil