Shredding the Art World & Insurance as we know it

The Art world is extraordinary.  As we witnessed Banksy’s ‘Girl with Balloon’ begin to shred itself just after the hammer went down at Sotheby’s on Friday 5th October on a sale price of £1.042m, two things happened; firstly Banksy made art world history setting a whole new level for the ‘extraordinary’ in the art world. Secondly, the very act of its destruction and the story that will now forever be associated with this work of art had the incredible effect of doubling or even tripling its value almost instantaneously. That’s a first, as far as I’m aware, for both the art and insurance world where a broken or destroyed item is worth more than the original intact item.

It’s the stuff of a modern-day Thomas Crown Affair.

It’s also very clever.  The creation of the artwork in the first place, the act of its destruction on the public stage and then the destroyed piece has meant we have all been on the journey with the artwork and been a part of the story as we watched it descend through the frame’s shredder.

Stories are what artworks are all about though.  Provenance, the story of origin attached to artworks, is more important than ever.  Recently I listened to Mike Neil, Bonham’s Director of Estates Tax and Cultural Heritage tell us that the story of the artwork, its provenance, is almost more important than the work itself as it establishes the artwork’s authenticity, it’s ‘true’ history.  If you are selling a work of art, correct provenance will usually ensure a better sale price.  If you are buying, it will give you confidence that what you are buying is the original.  The provenance or title to Banksy’s ‘Shredded Girl with Balloon’ is unlikely to ever be in dispute.

The historical, pivotal and public moment of destruction was documented by Banksy’s himself on his Instagram account.  But to weave insurance into the equation for a moment, you can insure against ‘defective title’.  If you buy a work of art in good faith and you’ve done your homework on it using specialist advisers you are usually rest assured that your purchase is bona fide.  However, should someone come forward after your purchase and claim that they have legal title to the artwork and can prove it, that whoever sold it to you had no right to do so, you may find yourself in a position where you have to relinquish the artwork and you are out of pocket.

In this instance, if you have a specialist fine art or household insurance policy, there will be some cover, usually up to around £100,000.  Useful to know, just in case.

The new owner of Banksy’s shredded artwork, if they have a specialist fine art policy, will in all likelihood be covered for ‘automatic acquisitions’.  This means that the artwork (subject to the policy’s terms and conditions) would be covered by the new owner’s insurance policy the moment the artwork became theirs.  However, whilst ‘automatic acquisitions’ cover would have applied in this instance, specialist fine art insurers may take a view on the other area of cover that they offer which is that of cover for restoration costs to a work of art following damage and any subsequent depreciation in value.

In this instance, the damage has caused an increase in value, not depreciation – as such a restoration and depreciation claim has been averted.  Phew!

But, the damage was self-inflicted – it was done on purpose – a deliberate act.  Not by the new owner, but by the artist. He was making a point. ‘The urge to destroy is also a creative urge’ as quoted by Banksy borrowing from Picasso. Loss or damage arising out of a deliberate act is usually a general exclusion under any insurance policy, not just specialist fine art insurers.  So, what happens in insurance terms if a work of art that you have bought is then deliberately destroyed by the artist - well, in theory, the cover should apply – you didn’t deliberately destroy it, unless you were working in cahoots with the artist!

What would have happened if the ‘shredder’ built into the frame didn’t work when Banksy wanted it to?  That there had been a mechanical fault.  Well in the first instance Girl with Balloon would still be intact and Banksy’s intentions quashed. But then the shredder might have activated inadvertently once in situ in its new home – let’s say a private residence.  The act of destruction would have been in private and so the world wouldn’t have been part of the story – the effect on its value post shred questionable – and possible that an insurance claim might then be considered.  However, mechanical fault is an exclusion under fine art policies so would insurers be able to put the cheque book away?

Seems to me, as Alex Branczik, Sotheby's Senior Director and Head of Contemporary Art in Europe quipped - we’ve all been ‘Banksy-ed’. 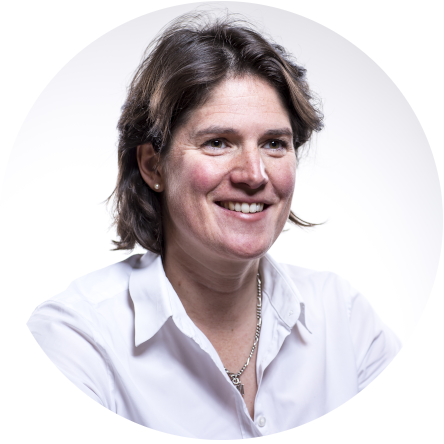 How To Prevent Burst and Frozen Pipes in Winter

Fire Alarm Law Scotland: What You Need to Know About New Rules